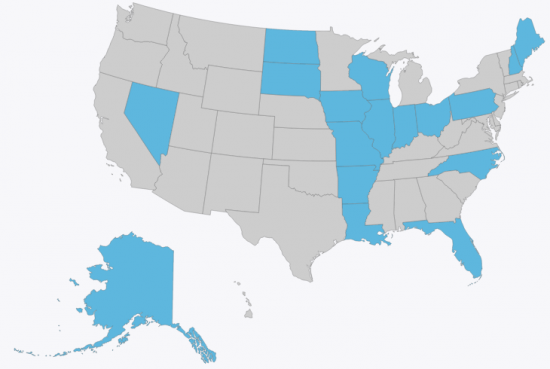 Alaska Senator Mark Begich, a Democrat, is in a tough race for reelection this year, and advertising how well he works with popular fellow Alaska Senator Lisa Murkowski, a Republican.
There are 17 states with split Senate delegations — represented by one Republican and one Democrat or Democrat-aligned Independent. We looked at all Senate floor votes cast this year to see how frequently these Senators aligned.
Click on the "Launch Interactive" button to see how Begich and Murkowski compare to the sixteen other split delegations.

Alaska Senator Mark Begich, a Democrat, is in a tough race for reelection this year, and…

About the Data Mine

The Data Mine, CQ Roll Call's multimedia blog, features interactive visualizations of government and congressional data along with in-depth, policy-oriented analysis of the latest facts and figures.